Why Toilets Get Blocked

Everybody hates blocked drains. It is thought the most irritating of all the many plumbing issues that plague property owners. This is because the water system does not function well whenever it happens. Primarily, toilet blockage depends on how the toilet is used. There are numerous other causes why a toilet can get blocked, even on a daily basis.

A clog could suggest that you have the first built low-flow toilet, which implies you have an older/weaker toilet, and are simply not capable enough to flush properly.
Too much paper at once
When too much toilet paper is attempting to go down at once, the toilet gradually gets blocked. A few of these papers do not dissolve easily and their build-up over a period results in a blocked toilet.

Old pipes that have been damaged by the foundation of the home or age can restrict the flow through the drain lines
Feminine items
Feminine items such as sanitary napkins, tampons, and menstrual pads also block a toilet. The items do not dissolve easily, therefore, blocking the toilet drains in a short while. Even when cotton balls and other absorbent materials are flushed in any toilet, they will simply build-up in its pipe causing the toilet to become blocked.

At times, hard water deposits are to blame. You might see a white build-up on the port holes right under the rim of your toilet. Should this be the issue, you can make use of a wire hanger, or some other sharp tools to cautiously scrape this off. After that, you will have to pour a solution into the tank’s overflow tube. Then after a half hour, you will need to pour the solution again. This should take off those deposits, and your toilet should flush better.
Furthermore, baby wipes and diapers and should not be flushed down the toilet. Diapers can bring about instant blocking while baby wipes can quickly build-up inside the pipes. Also, any kind of hair that is flushed down can result in a blocked toilet particularly if it is done routinely. Hair gets tangled with other objects in the pipes bringing about a serious blockage. The kids also add to a blocked toilet; they throw in various items such as foods and toys into the bowl all in the name of catching fun and flush them.

Endeavour to limit or cut down the quantity of toilet paper flushed in the toilet bowl. Only use a sufficient amount of toilet paper to perform the job. However this sounds impossible for you, then you might choose to throw “used” toilet papers in the garbage bag. By doing so, you can avert any future blocked drains. Also, dispose of all baby wipes or other related cleaning materials into the trash can. Are you facing a blocked toilet? It is recommended you contact a professional emergency plumbing company. They will take care of your home, making it safe for you and your family.

All plumbing works from Radiators, Leaking and Burst Pipes To Overflows , Pumps, Cylinders and more

We only use gas safe registered engineers for all boiler servicing works. Our experienced servicing engineers will professionally diagnose your boiler and if any faults are found, we will advise you accordingly.

Get a Boiler Installation Quote - To get an idea of how much it will cost to install a new boiler, just answer a few quick questions...Our online Boiler Cost Calculator is a guide only and estimates given are subject to a site survey.

Our highly qualified team of engineers are available for any heating problem, from emergency leaks, (gas or water) faulty boilers to complete new installations.

Many landlords across Medway and Kent now use our company directly instead of using a letting agent as this saves a lot of money.

Our experienced team can fix and repair all bathroom and shower problems from new taps and showers to new toilets.

3 More Reasons Why To Trust Robinson Plumbing And Heating 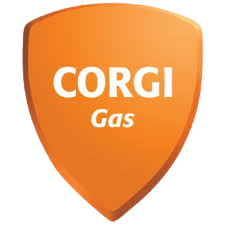